Saltfish (dried and salted cod fish or baccala) is an essential ingredient of Jamaica’s national dish ‘ackee and saltfish’ and many other treats such as Codfish Balls.

Norwegian saltfish is the best on the market and you deserve the very best!

Now other white fish such as pollock, hake, cusk, and haddock are offered salted and dried at a lower cost than saltfish (salted cod fish).

Saltfish is cod which has been preserved by drying after salting. The production of saltfish dates back at least 1000 years, to the time of the Vikings. Salting produces a chewier texture and milder, almost sweet, yet still fishy taste than its fresh counterpart.

Saltfish formed a vital item of international commerce between the New and Old Worlds, forming one leg of the so-called triangular trade. Thus it spread around the Atlantic and became a traditional ingredient of many cuisines, including Caribbean, Mediterranean, West African, Brazilian and Northern European.

The drying of food is the world’s oldest known preservation method, and dried fish has a storage life of several years. Salt has strong antibacterial properties which allows the fish to be stored for long periods of time, even at warm temperatures. All salted fish products must be soaked out before cooking. This freshened fish is still uncooked and once re-hydrated, will spoil within 24 hours unless cooked promptly.

In Norway saltfish is called klippfisk, literally “cliff-fish”. Traditionally it was dried outdoors by the wind and sun, often on cliffs and other bare rock-faces. You may be happy to know that now klippfisk is usually dried indoors with the aid of electric heaters.

Solomon Gundy, a Jamaican red herring pate, can be used as appetizer, made into a dip or added to seafood or pasta. 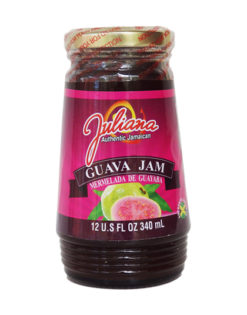 More than just to eat with bread and crackers! Drizzle over desserts for decoration and taste. A Jamaican favourite. 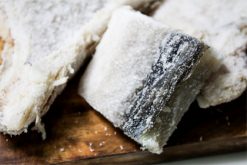 Saltfish - with bones, essential ingredient in Jamaican national dish 'ackee and saltfish' and other dishes 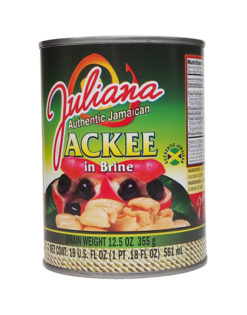